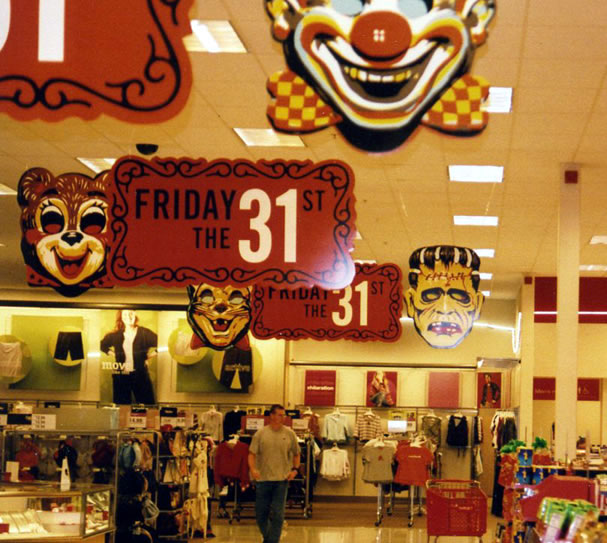 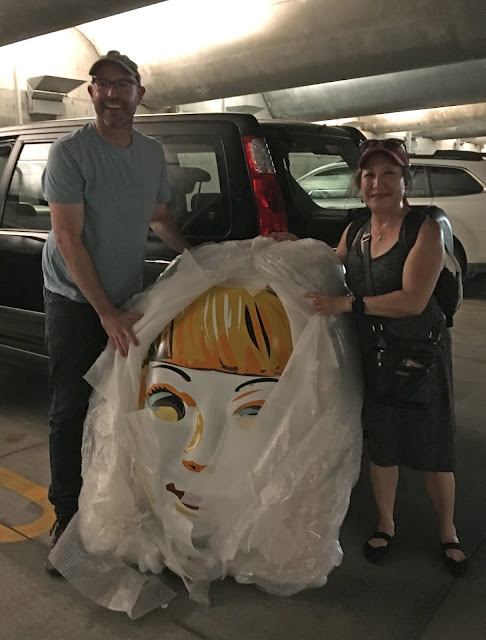 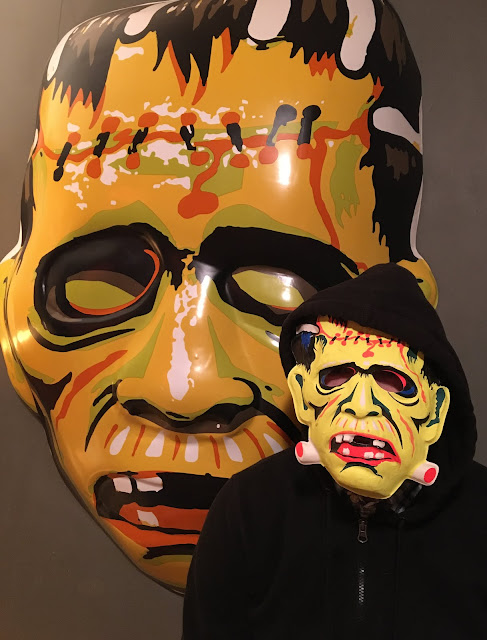 my house is cuter than yours said...

That's fantastic!!! They went to the perfect home! Looking forward to seeing how you use them in next year's Halloween Decor!

These are fantastic but are oddly absent from the Internet. Has anyone ever priced them. As a huge fan of CSA in the late 80's and Early 90's these were must haves for me. I was able to get my hands on 2 full sets of the 4 Vac Form Masks and 2.5 sets of the large corrugate masks, 2 sets of the small corrugate masks as well as the Green Witch and Green Frank (both large).

Any insight on the $$ on any on these would be great. I don't plan on parting with them, just need an idea to answer the nagging wonder in my brain.

Incredible! I would drive anywhere for these! Just found your blog--I am a Halloween fanatic!

That is super-cool to have learned about this. Similar to you, I was pained with being turned away when I entered a Target in 2003, and raced to the customer service desk to inquire of the later fate of the masks. Alas, I was told they were all spoken for/not available. To this day, I still wish I had more aggressively scoured other Targets for the potential ownership of the cat mask.

BUT - luck was a strangely-timed lady for me the week before Halloween in 2018. I suddenly started thinking about the Halloween campaign and the masks again. A quick internet search of "2003 CSA Target Halloween" produced an active Ebay auction... for the Frankenstein's monster. O_O But it was at least a 12 hour drive from me (one way), and far more than I could feasibly afford.

BUT... in a "what the heck could it hurt" moment, I contacted the seller with an offer I could manage - AND GOT A RESPONSE. We arranged a date he was willing to hold it for me to, and I planned the craziest trip I've ever done just to purchase something. LOL. I literally left SW Virginia at 6AM and drove straight through to just-south-of-Chicago. Frankenstein's monster, and the seller, were standing in a parking lot waiting for me. He was such a super-nice and very cool guy (as the shared interest would probably dictate). We spoke for about an hour, then I loaded up my long-sought acquisition AND DROVE ALL THE WAY BACK. :D The entire trip was about 30+ hours straight. I absolutely collapsed once I got home... but immensely satisfied.

If anyone wishes to part with the Cat, I'd gladly do it again, though! Thanks for all the material and the great stories

Also a fan of CSA and their Target Halloween work. During personal research many years ago, I came across your original post- probably the only internet evidence of this work, and was so grateful for the documentation! I just picked up a copy of your awesome Mail Order Mysteries book, then rediscovering your blog and this follow up post! It's all so wonderful when the world shrinks a bit like that. I love this fantastic post! Thank you all your posts and your unique and super cool publications!

Thanks for that amazing story! That's even more hardcore!

I have 4 of these clown, Frankenstein, princess and fireman got them from a target store in Erie Pa. The day I Saw these hanging from the ceiling that’s all I could think about being a huge Halloween collector. After a sleepless night I called Target store next day spoke either the store advertising lady told her I was interested in them, she told me come pick up at 6am they’ll be I 2 shopping carts out front of store FREE. Then I called every store with in a 100 mile radius to get more, every store I spoke with had already put in crusher dumpster outback HUGh