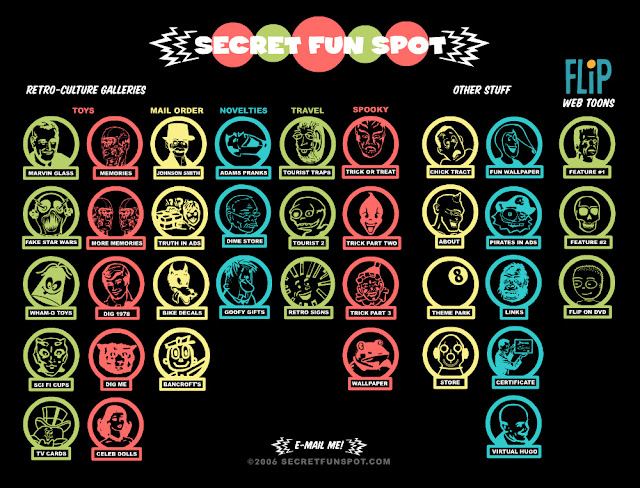 Imagine being a painter and one day all that you've ever painted suddenly disappears. The canvases are still there but the paint has turned invisible. In a way, that's what happened to me after I deviated from traditional artistic materials and chose a new kind of "paint" called Adobe Flash.

In the year 2000 I worked for a subsidiary of Hallmark making newfangled greeting cards that could be sent and received instantaneously. And the pictures moved! And they were interactive! And they were free! We called them e-cards. All those innovative features were made possible by the program Flash.

When I was off the clock I used my knowledge of this powerful new medium to improve the rest of the internet by enhancing my website SecretFunSpot.com with image galleries of things like vintage bike decals, old Halloween photos, and a couple animated shorts. This was before "web 2.0" where everyone started contributing their own photos and memories via sites like Flickr. So for a long time if you wanted to see an image of Kenner's Hugo, Man of a Thousand Faces, my site was one of like, two places to see it on the world wide web. Thanks to Flash, you could virtually disguise him right on your screen!

Then the iphone came out. In a calculated move to dethrone the format, it didn't support Adobe Flash. This kicked off a decline that eventually resulted in the total demise of Flash in early 2021. Suddenly, the Secret Fun Spot became extra secret when all the content was shrouded in error messages. (My seven hundred plus e-cards had already vanished years ago.)

Truth is, I understand the problem with one company having total control of a format. Though it's amazing that Adobe created something so advanced that practically the entire web became dependent on them. I'd say that's still the case with much of the design and publishing world's reliance on the Creative Suite. The current monopoly isn't a good thing. We have to pay their monthly subscription to maintain our livelihood. (Yes, there are alternative programs, but Adobe is still pretty universal.)
Now that we're living in the future, it's so strange that artists and designers must be cautious of overnight obsolescence. With a flip of a switch a ton of the world's most recent creations became practically inaccessible. (Oh, how I miss orisinal.com.) Meanwhile the pyramids of Giza are over there scoffing. And seriously, how long will things like JPEGs last?

But I'm not here to lament Flash, or even the end of Secret Fun Spot. (I stopped updating it nearly twenty years ago.) Today as I finally cancel my web hosting, I'm reflecting on the ways that silly site literally changed my life. It exemplifies how creating projects for the love of it can connect you with others, and turn into work that will feed your family. The bulk of my creative life including my books, writing gigs, art commissions, gallery shows, and film projects can be traced to the Fun Spot in some form. The culmination of these projects and personal relationships have amounted to countless life-enriching experiences. All of that helped me get into my current visual arts faculty position at a university. At last my work is no longer in danger of iphone compatibility issues or going out of print.

The Secret Fun Spot reached over 2.5 million "sessions" since its inception in 1998. Over the years I've received hundreds of emails from people who were thrilled and touched by the journey it took them on. J.J. Abrams even mentioned it in an interview in Rolling Stone magazine! (May 15, 2008): 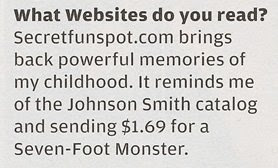 So now I'm going to redirect the Secretfunspot.com domain to this site. (Not that this site is seeing much attention from me these days, but still.) So I offer a hearty thank you to those of you who ever paid a visit to the Secret Fun Spot, and especially those of you who ended up sticking around with me. It's been fun and that's no secret! (ingenious!)

I'll leave you with a memorial image gallery of some of the image galleries. Don't try clicking the buttons because you shouldn't poke at dead things. 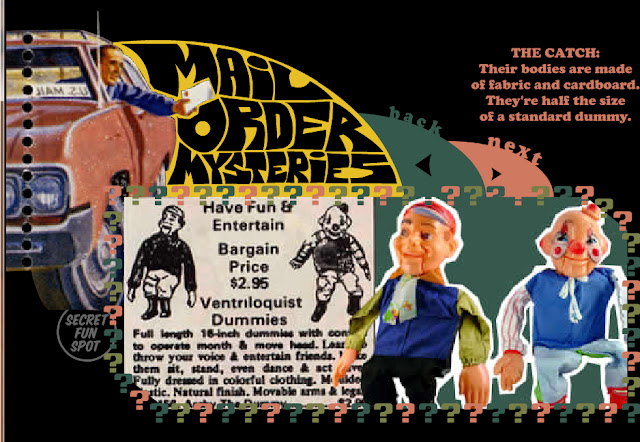 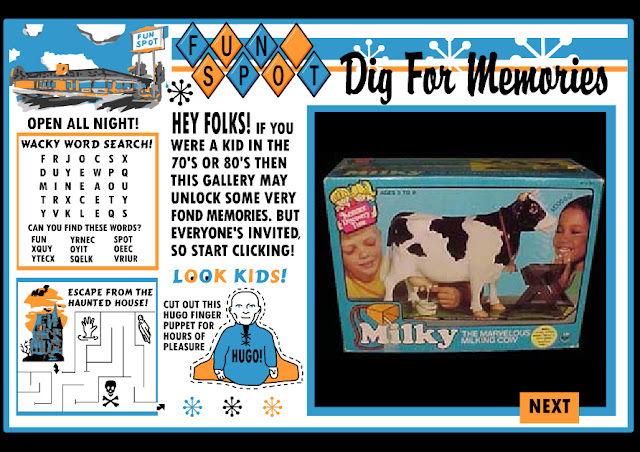 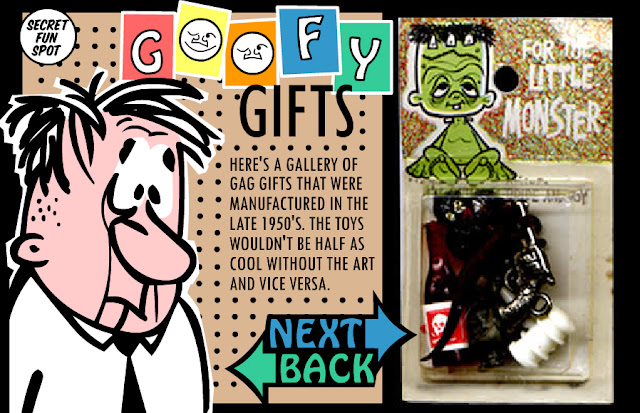 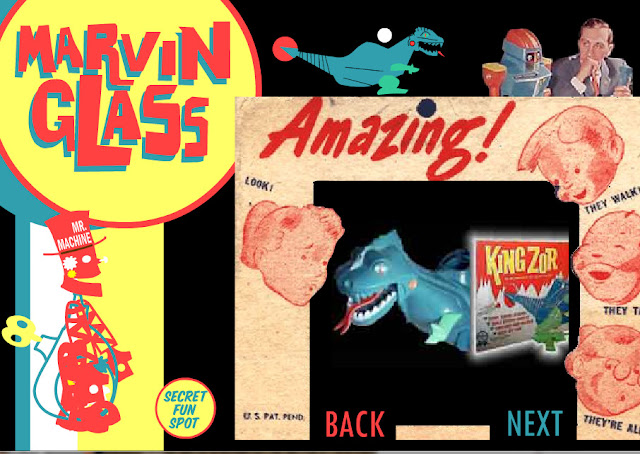 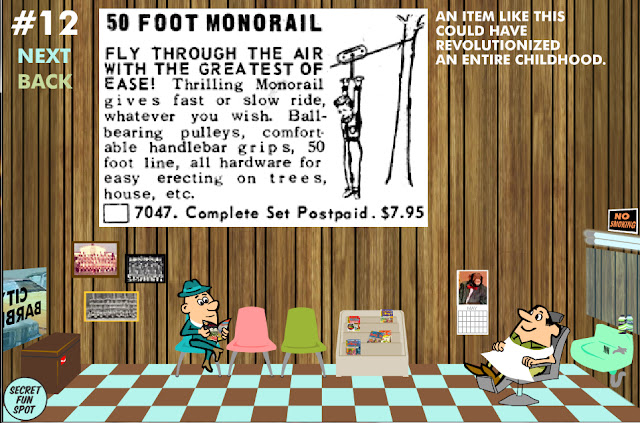 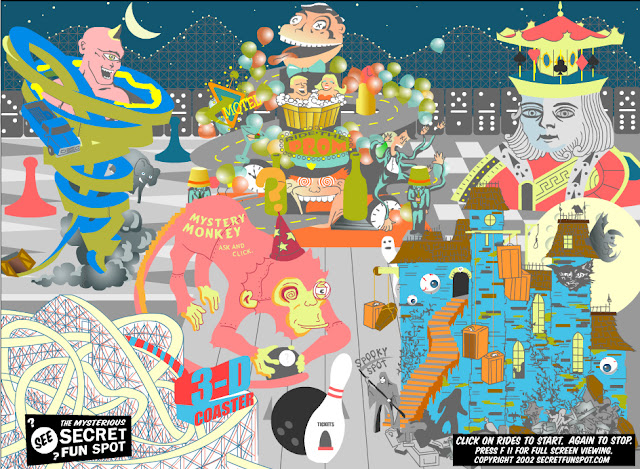 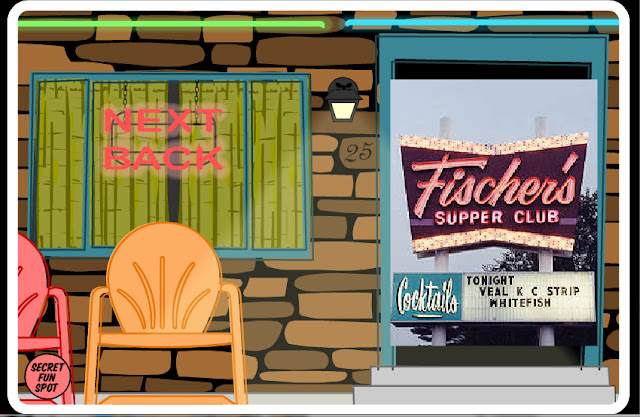 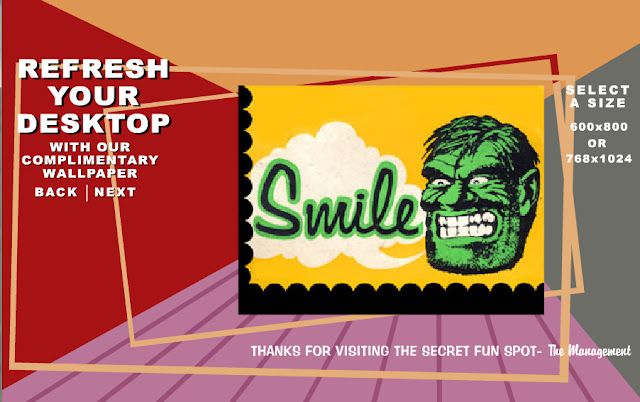 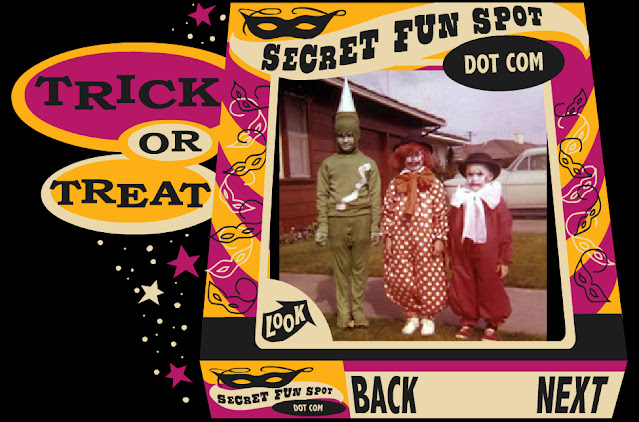 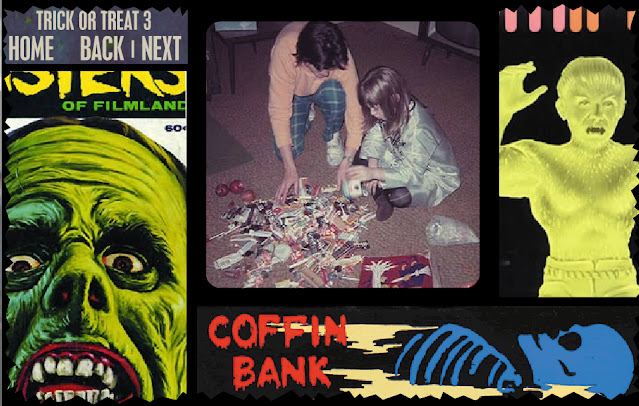 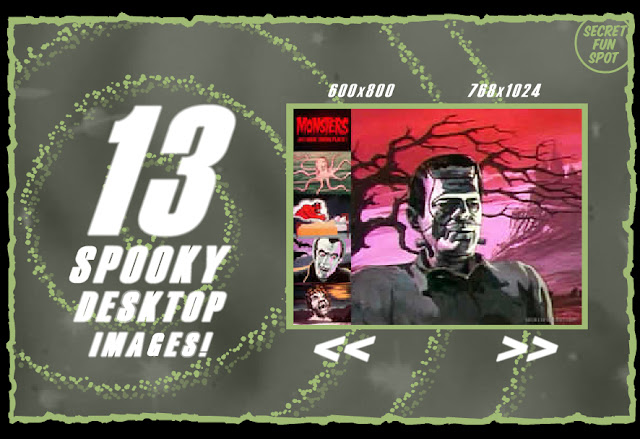 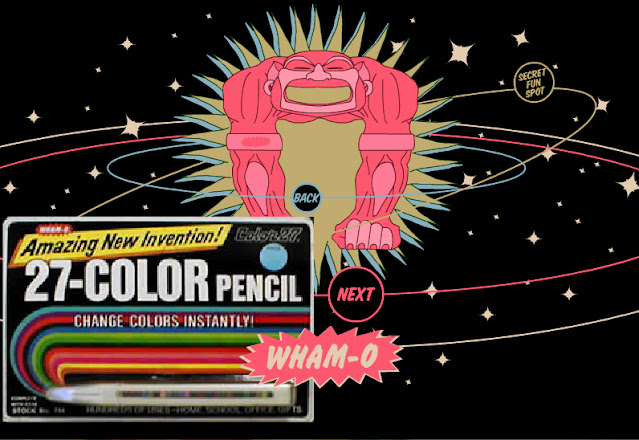 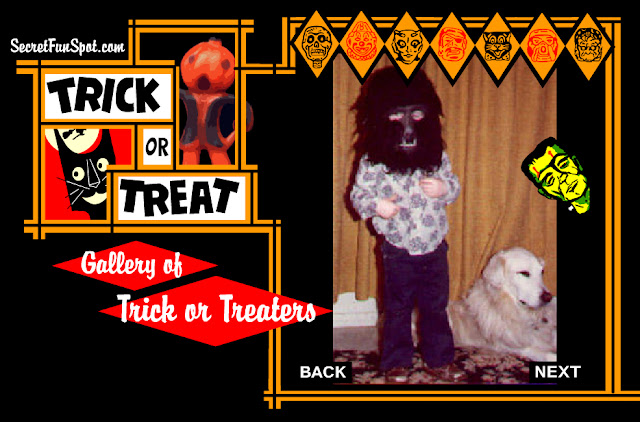 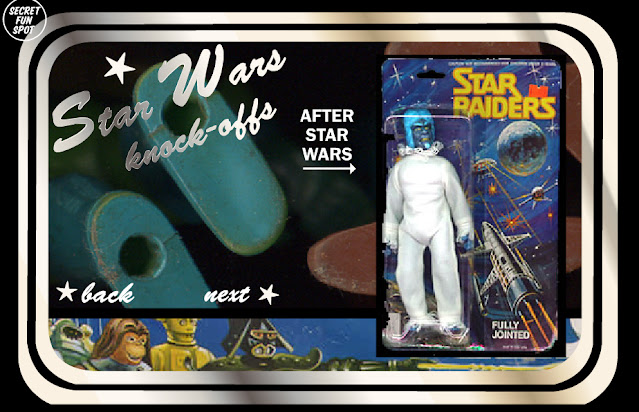 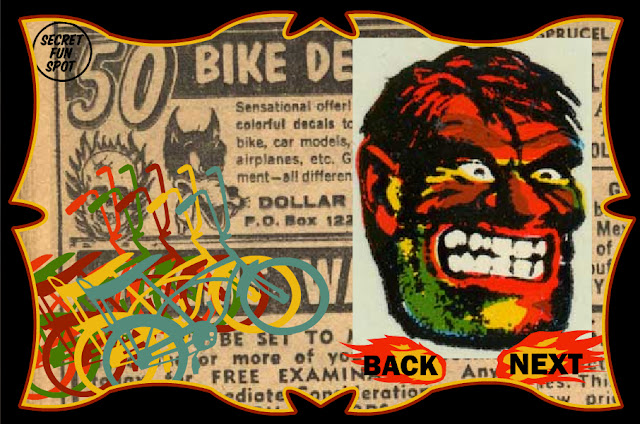 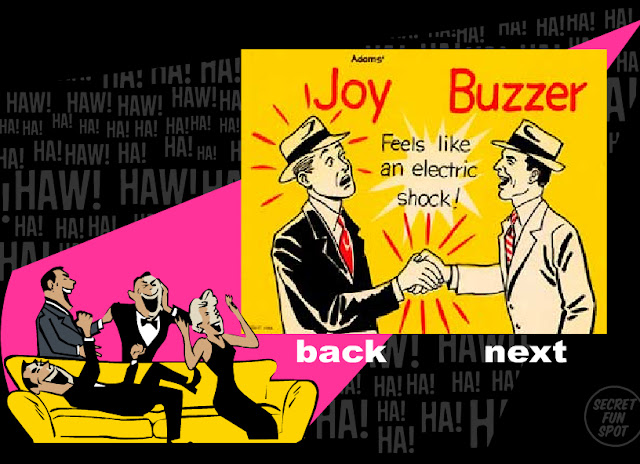 Thanks for all the fun (and secrets) over the years. Sorry if my comment on your previous post was off-putting. It was all in fun. Seriously, I love your blog and have been a faithful reader for years. One of the few places on the internet I visit.

Like when a shopping mall from the old neighborhood gets leveled for redevelopment.... it's inevitable, but sad. I remember dragging my boomer-age Dad to the computer to show him some of your slide shows (Fake Star Wars still looms large in my memory, as well as your comments about how a home locksmith course just might possibly be used for nefarious purposes, and "the floppy, furry look is in!"

So many great memories of Secret Fun Spot! Hope you are doing well, Mr. Demarais and already planning Halloween 🎃

Sad to see it go! Enjoyed it immensely!

I never saw the Flash era of the site. I'm sure it would have suck hours of time from my life like the regular site. I was just looking at my ancient bookmarks to see what was still around. I will miss the Secret Fun Spot!

Hi! Waiting for your Halloween posts. A pleasure reading your blog. Hope all OK. Cheers from Spain. riC

Thanks! (Oh my, I just realized that I have two years worth of comments awaiting moderation. I guess they don't send email alerts anymore!)