RETURN OF THE LEGENDARY BATTLE FIGURES 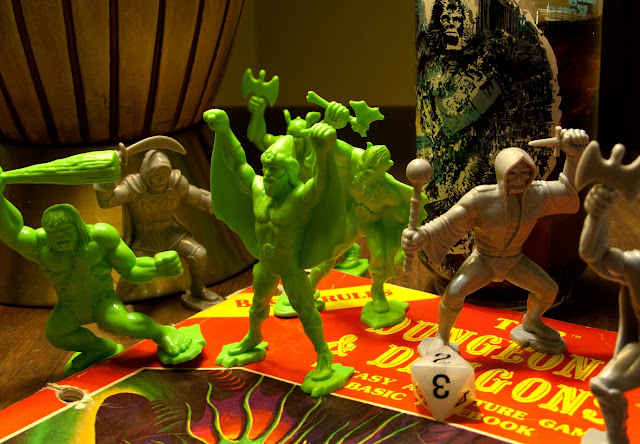 Once again, fresh, warm plastic has filled decades-old molds, giving rebirth to another Tim Mee Toy figure set, The Legendary Battle series. This edition follows the classic Army Men, Cave Men and the often-forgotten-then-fondly-re-remembered Galaxy Laser Team which have all been reissued in the past couple of years.

The collection was originally released in 1986, undoubtedly intended to coincide with the Masters of the Universe craze. The He-Man influence on these is certainly appealing, but what's even more thrilling is the fact that each design is (quite noticeably) a retooled sculpt from a 1970s line of Marvel super heroes by Processed Plastic (Tim Mee's parent company.) This approach actually makes a lot of sense considering the sorcery-meets-superhero nature of He-Man, as well as the Marvel-in-the-70s fascination with mysticism, i.e. Doctor Strange and Son of Satan. But these characters are so overloaded with Marvel Hero DNA that the result is like a glimpse into a "What If..." Stan Lee and J.R.R. Tolkein were roommates, or perhaps something generated by a Mighty Men and Monster Maker toy.

I photographed them on a D&D rule book because to me their styling brings to mind the (often goofy) fantasy art of the 70s and early 80s that decorated vans and album covers, and filled an entire corner of the mall B. Dalton book shop. My young self was both drawn to it and perplexed by it, and now just the sight of it warms me up inside.  The packaging actually suggests using them for Warhammer games. This alone could get me to play Warhammer.

Here's a look at each design, as well as its Marvel parent... 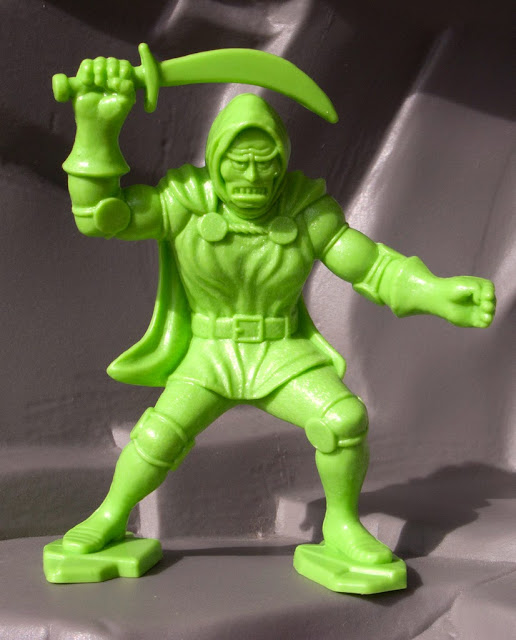 Note Doctor Doom's multinational accessories: Kabuki mask and Arabian sword
(Sorry, this is the blurriest photo I could find of the Marvel version.
If I locate a blurrier one I'll be sure to update...) 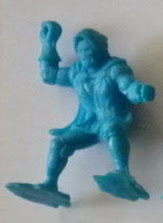 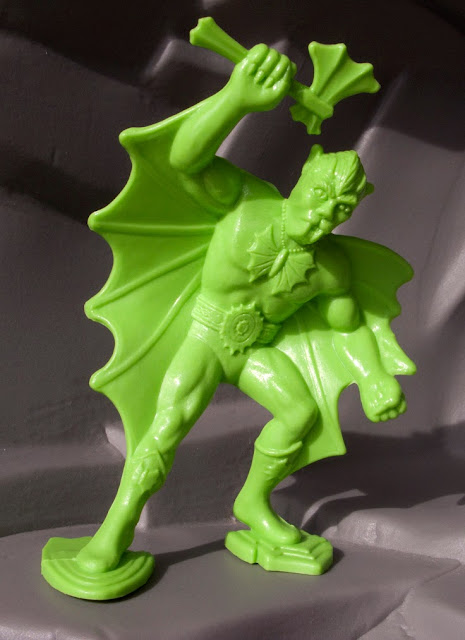 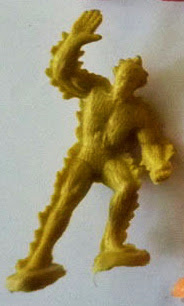 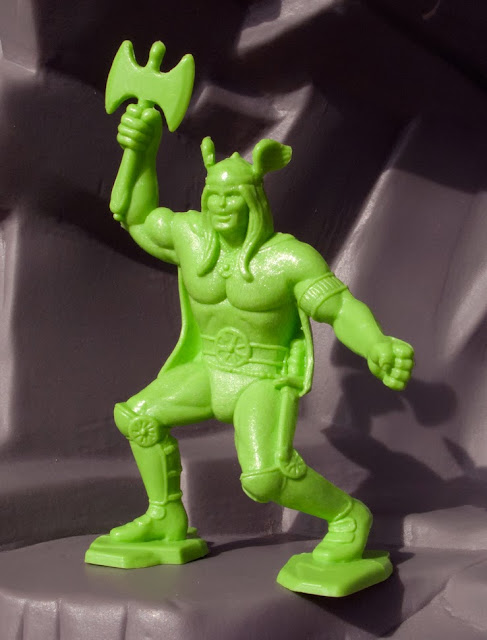 When Thor is denied his hammer he becomes a mere chipper viking. 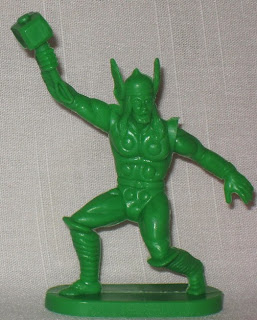 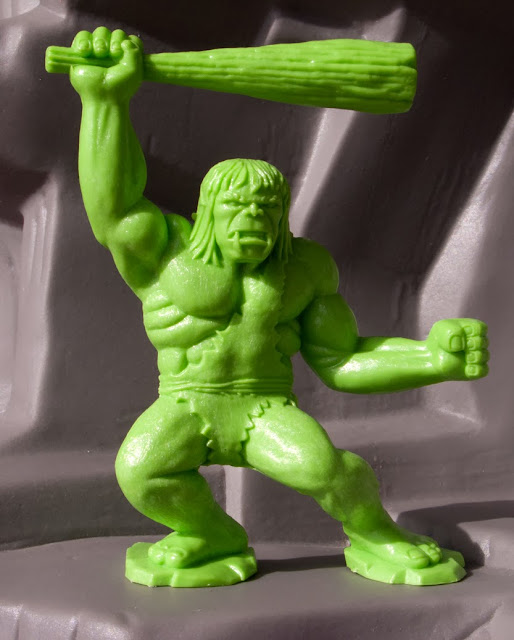 This one went from Hulk to saber-toothed ogre, to caveman. 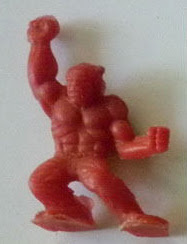 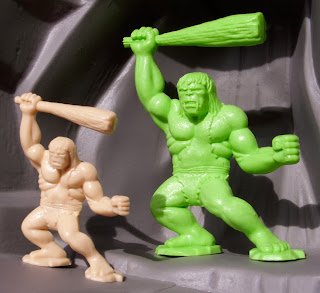 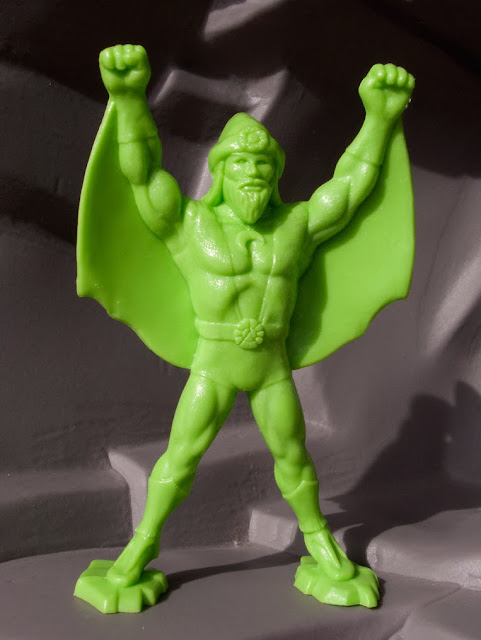 The super beard wizard (formerly (a mustached?) Falcon) is the most preposterous and my favorite of them all. 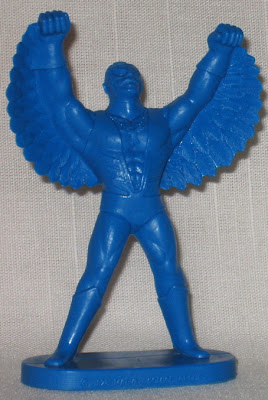 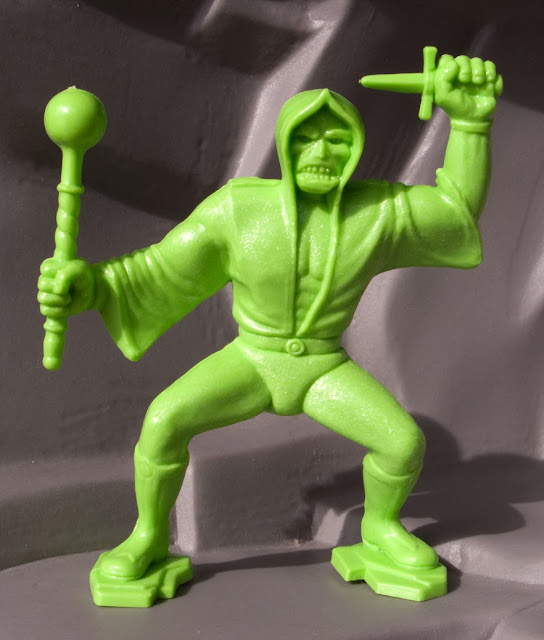 Someone (possibly Loki) got a Skeletor-esque facelift, er, face removal. 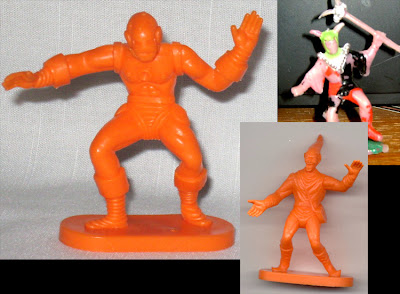 It's also worth noting that this line is more massive than the majority of the Tim Mee figures, which affords an extra level of hideous detail. 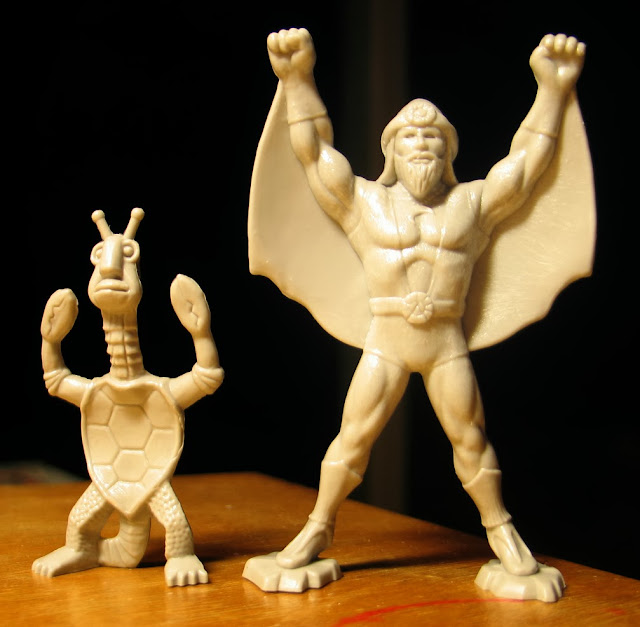 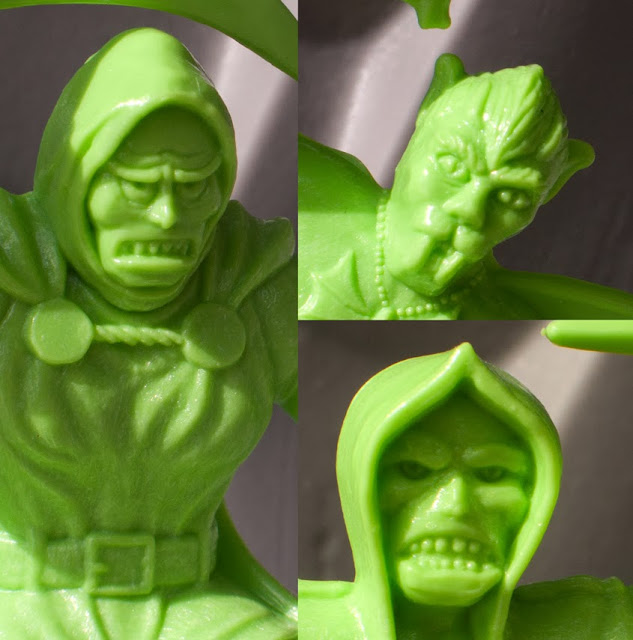 In many ways generic hordes of figures will always trump specific characters because they leave room for more imagination and big picture play. When placed in the hands of a kid, scenes like the one pictured below manifest quickly. Spider-Man or Darth Vader would never have reason to fight a giant wind-up chick, but for these little guys, it's just another Legendary Battle. (You can get them on Amazon) 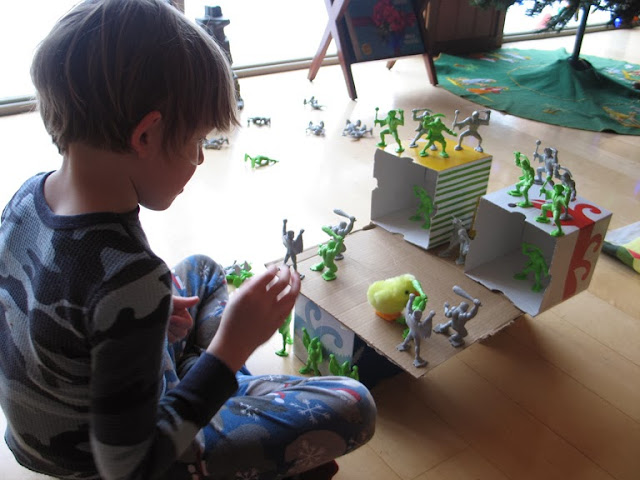 Email ThisBlogThis!Share to TwitterShare to FacebookShare to Pinterest
Labels: Toys

Another quality Tim Mee review! I had been quietly cheering Jeff on regarding these as soon as I found out they were a thing, and they do not disappoint. That fact that some still obviously bear the DNA of their Marvel forebears makes them so much cooler for me!

Also, many thanks for scoping out comparison shots for the Marvel figures so I didn't have to do it!

Thanks! Yes, my jaw dropped when I first saw them appear on the blog circuit (I missed them back in the day) and immediately I knew I wanted to be one of their cheerleaders (not unlike yourself!)

"I photographed them on a D&D rule book because to me their styling brings to mind the (often goofy) fantasy art of the 70s and early 80s that decorated vans and album covers, and filled an entire corner of the mall B. Dalton book shop."

Just reading that sentence "warms me up inside." :-)

Great work tracking down images of their original Marvel character forms! These guys are all crazy cool.